that easy
Read up on all the latest sport news, live scores, stats, betting tips and upcoming events.
Menu
| 11 Comments 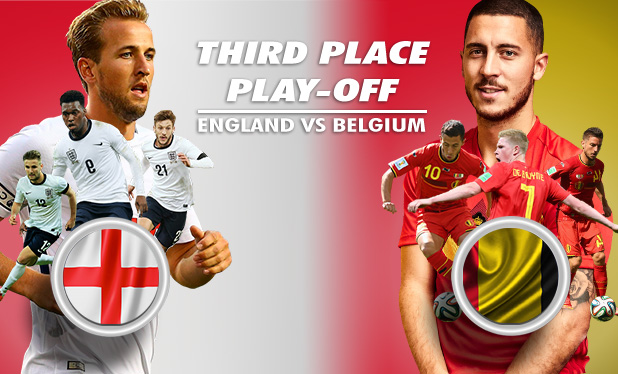 We are all looking forward to seeing Croatia and France go head-to-head in the finals but we should forget that third and four place still need to be announced.

Don’t worry England and Belgium fans your country still need to be placed in third and four position!

Here are some match statistics before tomorrows game. So even if you aren’t sure who the right team is to be rooting for then why not check these stats out before you decide.

Insights
This is the second time England and Belgium will be playing against each other in this World Cup. They met the first time in the group stages where Belgium won 1-0
They have met 21 times before the World Cup where England has only lost one of those games
This is also the first team since 2002 to face each other twice in a World Cup. Last time it was Brazil and Turkey
Belgium have played this fixture and got fourth place when they lost against France in 1986 – 4-2.
Since stepping onto the scene in 2016, only 2 out of 26 matches were lost under the France coach Roberto Martinez. His first game in 2016 against Spain (0-2) and then the most recent against France (0-1).

So do you know who you’ll be rooting for and will they place third in this years #FIFAWorldCup?