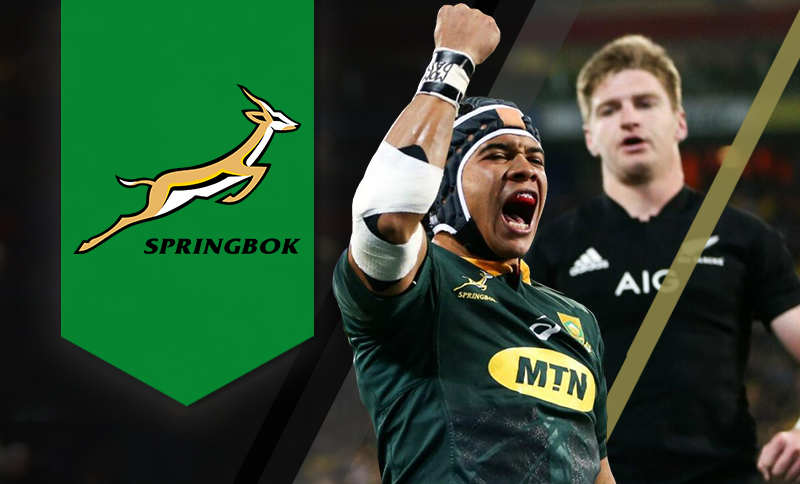 The Springboks scored one of the most phenomenal and possibly one of the most important wins in their history. Saturday 15 September 2018 they stunned the world champion All Blacks 36-34 in their Castle Lager Rugby Championship game in Wellington.

Above all phenomenal game will leave the rugby world sighing with relief and leave South Africa with renewed hope. The Boks achieved the impossible. As they rose from 12-0 down to seize a game that nobody ever gave them a chance of winning.

The victory for the Springboks may not mean much in terms of the world rankings. It may not even convey a stagger in the All Blacks invincibility. The win proves that dreams for rugby players across the globe have not faded completely.  is the necessary fuel for the belief that rugby can once again have a rivalry.

Not only did the Springboks score their most points ever in New Zealand but they did it by going toe to toe with the world’s best.The Springboks body language only got bolder, and the talking on the field got louder. Not only did they find belief in themselves again, but they also provided hope for a country so desperately in need of an elixir that even a close loss would have been tolerated.

A Game to be Remembered

As a result they were outscored six tries to five; decisions that went against them cost them points that (most notably a clear knock on in the lead up to the Rieko Loane try), and a debatable yellow card for Willie Le Roux turned the game against them.

Are you interested in other sport results get them here.