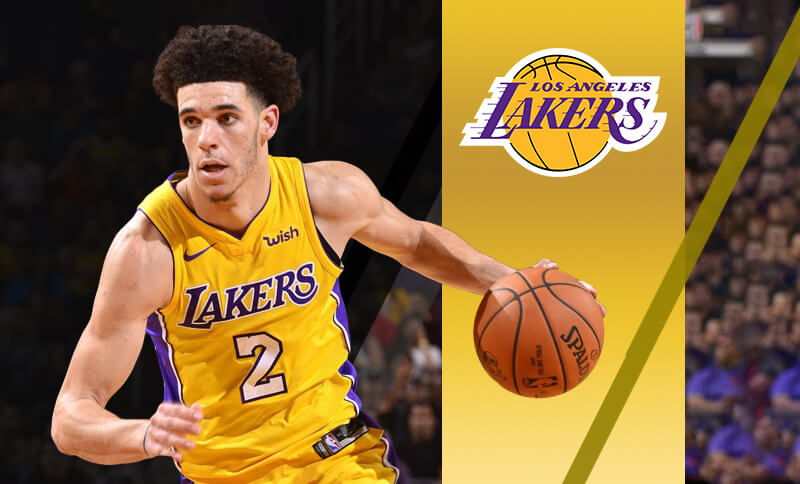 June 22, 2017, Ball was selected as the second overall pick in the 2017 NBA draft. The Los Angeles Lakers then chose Lonzo. Lonzo would be the third rookie the Lakers would draft behind Brandon Ingram and D’Angelo Russell. On July 3, he signed a four-year rookie scale contract with the Lakers.

In his second game on October 20, 2017, he scored a career-high 29 points, to go along with 11 rebounds and 9 assists in a 132–130 win against the Phoenix Suns. He fell one assist shy of becoming the youngest player to notch a triple-double in NBA history

The following contest Lonzo had eight points, eight rebounds, and 13 assists in a 119–112 loss to the New Orleans Pelicans. Lonzo became the youngest player in franchise history to get at least 10 assists in a game. On November 11, he recorded 19 points, 13 assists, and 12 rebounds in a 98–90 loss against the Milwaukee Bucks. Becoming the youngest player at the time to achieve a triple-double at the age of 20 years and 15 days old. Breaking LeBron James’s record by five days.

Ball missed the team’s Christmas game after spraining his left shoulder in the previous contest. His shooting had improved to 34.9% from the field of 29.7% on three-pointers. This happened after having made 44% of his field goals to 44.2% of his three-pointers in the seven games prior to the injury.

He returned to the All-Star break after missing 15 games. February 23rd Lonzo played 17 minutes and had nine points, seven rebounds and six assists. In a 124–102 victory against the Mavericks. May 22nd, 2018 Lonzo was named to the NBA All-Rookie Second Team.

Are you a fan of Manu Ginobili? Read our article on how he decided to retire after 16 years