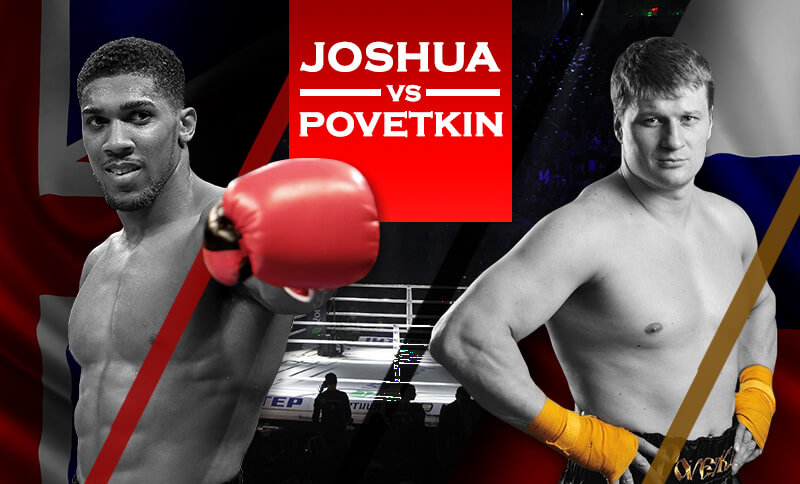 Anthony Oluwafemi Olaseni Joshua born (15 October 1989) in Watford, Hertfordshire, United Kingdom. He is currently a unified heavyweight world champion. Joshua holds three of the four major world championships in the sport: the IBF title since 2016, WBA (Super) title since 2017, and the WBO title since March 2018. Joshua also held the IBO title since 2017. At regional level, he held the British and Commonwealth heavyweight titles from 2014 to 2016. As of September 2018, Joshua is ranked as the world’s best active heavyweight by The Ring, the Transnational Boxing Rankings Board(TBRB), and BoxRec. Above all, Joshua is also ranked as the world’s tenth best active boxer, “pound for pound” by the TBRB. He is known for having exceptional punching power and has finished all but one of his fights to date by knockout.

Alexander Povetkin born (02 September 1979) in Kursk, Russia. Povetkin is a world-class professional boxer fighting in the heavyweight division. The champion of Russia, the World champion and the winner of Olympic gold. As an amateur he won a gold medal in the super-heavyweight division at the 2004 Olympics, gold at the 2003 World Championships, and consecutive gold at the 2002 and 2004 European Championships. In 2005 Povetkin officially became a professional boxer. The first opponent of Alexander was Muhammad Ali Durmaz. Povetkin defeated Muhammad in the second round. Povetkin held the WBA heavyweight title from 2011 to 2013.

In 2016 Povetkin was accused of using a forbidden substance “meldonium” before his fight against Deontay Wilder, and again for using “Ostarine”. Povetkin was fined $250,000 and imposed with an indefinite ban by ‘World Boxing Council’ for failing drug tests. The ban was eliminated on 8th December 2017. His comeback fight happened against Andriy Rudenko for ‘WBO International Heavyweight Title’.Rudenko was on a seven-fight winning streak, but Povetkin destroyed him completely. Povetkin also won ‘WBA Continental Title’, along with ‘International Heavyweight Title’, and jumped to #13 ranking.

Joshua is feeling very hyped up about the match as he just came off beating an undefeated heavyweight named Joseph Parker. This is what seemed to be his toughest test to date. Anthony will be looking to carry on his reign on top when he faces up against Povetkin.