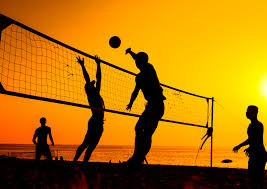 #Fun in the sand 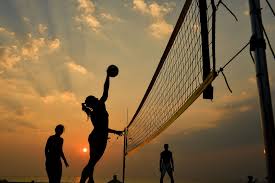 Beach volleyball is played by two teams with two players on each side with a ball on the sand divided by a net . A team is allowed by three touches to return the ball over the net, an individual player are not allow to touch the ball twice. The ball must be serve into the air and hit over the net to the other side. The teams must play until the ball touches the ground or then the ball is out.

Beach volleyball was a indoor sport which was invented by William G. Morgan in the 1895s. Most of the games was played with 6 players on each side. The first tournament was the Olympia World Championship of Beach volleyball on Labor weekend in 1976 on State Beach. 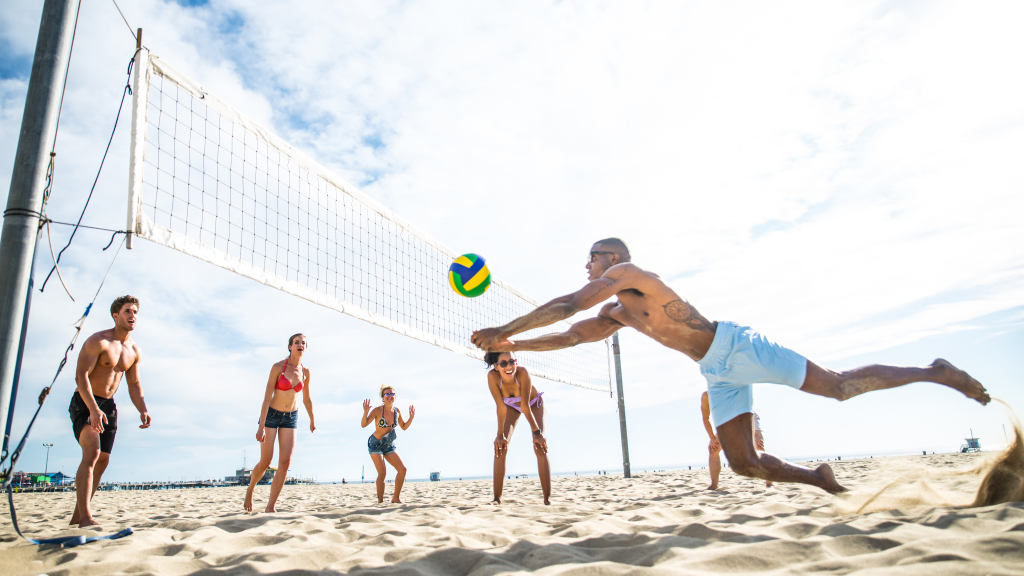