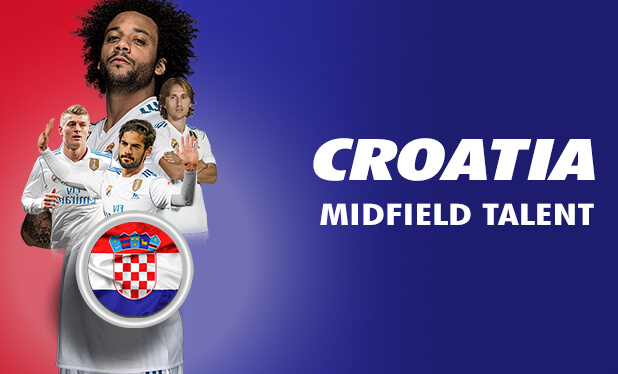 Will Croatia be able to turn he table in this game and have a chance at possibly lifting the trophy this year in Russia?

Lets see what they are putting out there that make them so unique.

“Given the manner in which they sailed through arguably Russia 2018’s most difficult group, and survived two stern tests in the knockout stages, Croatia have been one of the teams of the tournament”

Zlatko Dalics greatest team asset is that they undoubtedly possess midfield talent, which is ranking as one of the best at this World Cup. The players in that area always seem to be composed, organised and unruffled.

Luka Modric and Ivan Rakitic are Croatias lynch pins which surprises most as they they are from two very different teams. Who wouldve thought that players from Madrid and Barcelona can create such a devastating effect. This is exactly what Rakitic is doing with Modric at the heart of this Vatreni room. Although they arent the only players. Inter Milans Marcelo Brozovic, Real Madrids Mateo Kovacic and Fiorentina’s Milan Badelj all add up to this teams truly superb generation of talented midfielders.

Do you think they’ll be able to leave England in the dust and take the trophy home?