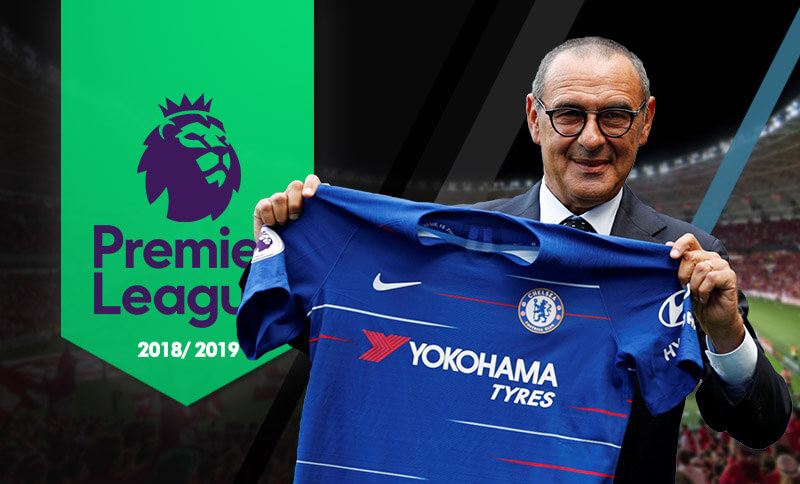 At the start of the season Maurizio Sarri told fans that he wanted to play an exciting attacking style of football. With 5 wins from 5 games Chelsea players are thriving under Sarri’s new style of play. And will look to keep up the momentum ahead of their first Europe League game on Thursday and the double header against Liverpool next week.
The highlight of the weekend was Hazards hat trick against Cardiff City. This was only the second time Hazard has scored a hat trick for Chelsea. Sarri believes that Hazard can help score 40 goals this season to help Chelsea win the premier league.

Hazard’s record total in a league season is the 20 goals he scored for Lille in Ligue 1 in 2011/2012. Although Sarri has faith that the 27-year-old can double that haul this campaign. Can Hazard win the Golden Boot? Sarri said: “I think so. We have spoken, and I told him he can score 40 goals. He has to improve some things, but he can do it.”

While Hazard inspired Chelsea to a pleasant win over Cardiff at Stamford Bridge. It was not all smooth sailing for the Blues as Sol Bamba put the Welsh side ahead in the first half.
“I think he is right, because we are very dangerous in the defensive phase, we need to improve there,” he said.
“But I think we can do it. I think it’s normal that in this period we have some defensive problems. We can cope with the problems. As well as with the quality in the offensive phase”.

Maurizio Sarri agreed with Neil Warnock when the Cardiff boss said Chelsea needed to improve defensively to compete with the best teams.
“I think my opinion in this moment, two teams, Liverpool and Manchester City are better than us. We have to improve step by step”.
“My target is to become the best team in England in one year, 18 months.

That’s the target.”
Nothing is harder for a new manager to build than momentum. Chelsea needs all the momentum and any bit of belief, magic or confidence it can instill in them. If they are going to beat Liverpool in not one but back-to-back match ups. They will need everything they can get. Chelsea needs both wins.
To stay at the top of the league, Chelsea will simply need to win as many games as they can. However, Sarri’s blue’s will have to work hard on their defensive game if they want to complete with the big clubs going forward.