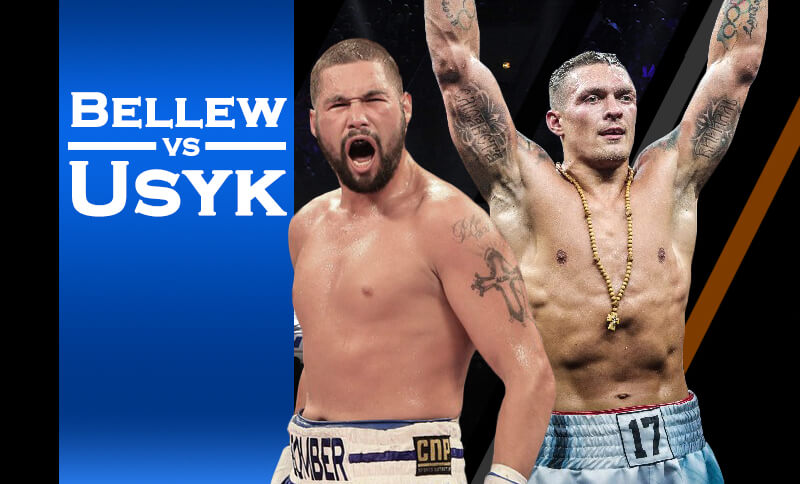 10 November 2018. Oleksandr Usyk will face Tony Bellew at the Manchester Arena for the “Cruiserweight World Title”. In this encounter, the WBO, WBC, WBA and IBF belts won by Usyk in the World Boxing Super Series will be on the line.

Bellew, a former WBC cruiserweight world champion, will drop down from the heavyweight division for this encounter, having previously faced David Haye in two bouts. Bellew stopped his opponent in both fights.

Even so, Bellew said Uysk represents one of the biggest challenges of his boxing career, per Sky Sports.

“There is no greater test than Usyk, he is one of the most feared men in boxing,” said Bellew. “This is nothing new to me, everyone says that I can’t do it again. Everybody is saying that I’ll get beat-up quickly, but we’ll find out won’t we. On November 10, I’m going to do something that nobody has ever done before, I’m going to knock out an undisputed cruiserweight champion of the world.”

While the Ukrainian will be away from home in this one, he said he “cannot wait to fight in the United Kingdom,” per Sky Sports.

Uysk will be the favourite for many. After his success at cruiserweight.  After all he showcased power, precision and speed in his 15 professional fights. Winning 11 of them inside the scheduled distance.

His previous outing came in July, when he won a lopsided unanimous decision win against Murat Gassiev. The World Boxing Super Series clinches in the process. In doing so, he became the first ever four-belt undisputed cruiserweight champion.

Usyk is arguably the biggest mountain he has had to climb in his career. Even though Bellew has been the underdog for fights against Haye, Ilunga Makabu and Nathan Cleverly in the past.

Therefore Usyk deserves credit for putting everything on the line away from home against a dangerous and experienced opponent. However, based on the rapid rise he has enjoyed in the sport in recent years, it’s not a shock that his confidence is high.

Want to find out more on the Mayweather vs Pacquiao “Rematch” click here.